Scholarship Winner Gives Back In a Big Way 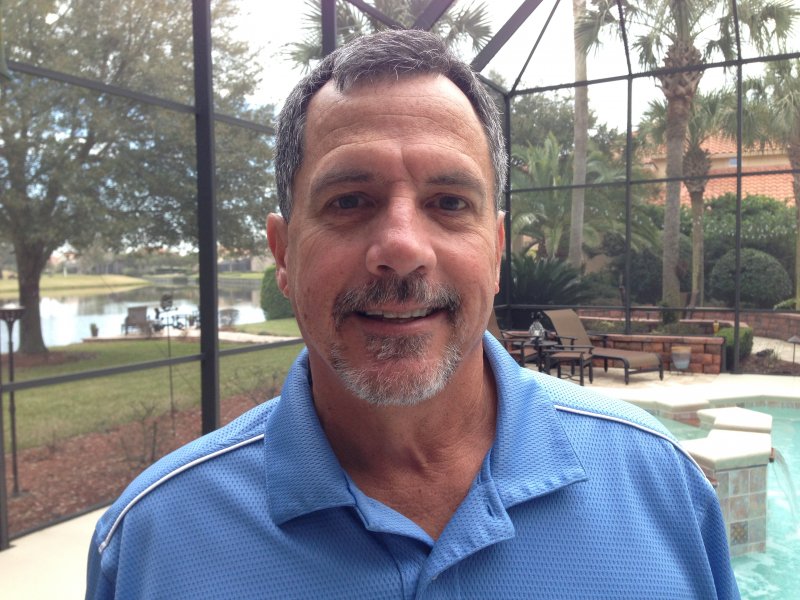 When Ken Fredericks, Theta Delta 1979, visited Alphas Academy in January of 2013, he began a re-engagement process with Chi Phi after decades of focus on family and career. He traveled to Atlanta to see first-hand what Chi Phi’s new leadership program was all about. That weekend Ken met Chi Phi’s fresh young leaders and served on the Taking Leadership from the Chapter Room to the Board Room alumni panel. He had a chance to share some wisdom about leadership, business and integrity. Most importantly, Ken reengaged with the Brotherhood that laid the foundation for his success decades prior in Gainesville, Florida.

Ken was the Alpha of the Theta Delta Chapter at the University of Florida in 1979. He was a passionate leader who developed lifelong friendships with his Brothers and learned valuable skills leading his Chapter. After receiving his bachelor’s degree in 1981, Ken drove north to the University of South Carolina to work on a master’s in Business.

Money was tight for Ken and his wife Eva when they settled in Columbia, South Carolina. He knew how important higher education was, but needed help financially to complete his master’s program. Ken turned to the Chi Phi Educational Trust for a loan in 1982. The trust was able to loan Ken $1,500 so he could pay his tuition and living expenses. “That $1,500 felt like $15,000 at the time,” Ken said. At this crucial point in his life, the Brotherhood was happy to help Ken and Eva. “I promised myself at that moment that if I ever had the chance to return the favor, I surely would.”

After receiving his master’s degree, Ken kicked off a 25 year career in international business.  Ken ended his career as the head of Human Resources for a major defense firm. He, Eva and their two children settled down in Ponte Vedra, Florida, just outside of Jacksonville. With the kids off to college and a successful career in the rearview mirror, Ken now has the time to reengage with Chi Phi. Reengagement was threefold with Ken. He didn’t want to just reconnect with some of his pledge Brothers or simply send in a check. He wanted to reengage socially, professionally and financially. Ken was quick to accomplish these goals. He started by connecting with his pledge Brother Charlie Allen, Theta Delta 1982, the long-time Chapter Advisor of Theta Delta. He met the leaders of Chi Phi at Alphas Academy in Atlanta. He visited the Chapter house in Gainesville on a Gator football game day and enjoyed the house band. At that point Ken knew the time was right to fulfill the promise he made to himself decades ago and return the favor to Chi Phi.

To re-engage financially, Ken wanted to do something that would make an impact on the Chi Phi Brothers at UF forever. He decided to endow two scholarships that would promote the long term success of the very Chapter that laid that foundation for his personal success. With the help of Brothers Dave Davis, Theta Delta 1973, and Charlie Allen, Ken created a scholarship for the Theta Delta Brother who had the greatest impact on recruitment each semester, as well as an annual scholarship for the Theta Delta Chapter Alpha, provided he had a successful year leading the Chapter. “If you’ll step up and advance this fraternity in a way that makes us all proud, you should be rewarded,” Ken said. “The two most important pieces of my career were recruiting the right people and leading those people in the right direction, I wanted these scholarships to reflect that.”

Ken structured his gift to Chi Phi in a unique fashion. He wanted to include Chi Phi in his estate plan, but also wanted these scholarships to begin as soon as possible. To make that happen, Ken became a member of the Gladfelter Circle with Distinction (an annual gift of $5,000) this year with a five year pledge. This pledge will allow the funding of the scholarships right away, rather than waiting for the estate portion of his gift to come to fruition. “I’m excited to meet these guys and shake hands with the best recruiters and best leaders,” he said. The Theta Deltas Actives are even more excited. When the scholarships were announced at Chapter, the men responded with a rousing round of clicks and cheers. “We are so thankful for Brother Fredericks’ generosity and vision,” said Josh Goldsmith, Chapter Alpha. “These scholarships will be a huge help to our hardest working Brothers and it’s sure to make Theta Delta even more successful.”

For information about endowing a scholarship or planned giving, contact Director of Development Nick Holmes at holmes@chiphi.org or 404-231-1824.