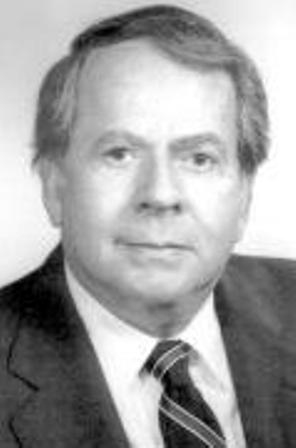 From humble beginnings in Lancaster, Pennsylvania, Jack P. Cook, Alpha 1948, served his country in World War II, built a family-business empire in the snack food and packaging industries, and throughout his life he supported the institutions that contributed to his personal and professional development.

Cook entered Chapter Eternal on May 17, 2009, after battling declining health for several years.

Upon his passing, he left a sizeable bequest to the Alpha Chapter Excellence Fund at the Chi Phi Educational Trust.  The gift of $136,334.88 will provide ongoing scholarships and educational training to Chi Phi members at the University of Virginia.

Cook spent many years supporting causes and institutions that influenced his life.

Although he started high school at Catonsville High in Catonsville, Maryland in 1938, he left (or was asked to leave) a year later.  He enrolled at the Massanutten Military Academy where he flourished and eventually became captain of the Riding Team.  There, he met his future wife, Betsy Hess, and life-long friend and fraternity brother Bill Kitchin, Alpha 1949.

Years later, Cook and Kitchin would lead an effort at Massanutten to create the “Cook & Kitchin Dining Hall” at the Massanutten Military Academy.  He served on the Board of Trustees for the Academy for many years.

After graduating from the Military Academy, he matriculated at the University of Virginia at the tender age of 17 in 1943.  When he turned 18, he enrolled in the U.S. Army.  Soon, he was off to the Pacific in support of a planned invasion of Japan.  By the most reliable account, Cook made it as far as Midway turning around when Japan surrendered in August of 1945.

He then returned to Charlottesville to finish his studies at UVA.  After graduating, he enrolled at the University of Baltimore School of Law.  There, he reunited with his old high school friend, Betsy Barker Hess.  They married in 1950 and raised two children, Nancy and Jay (Jack P. Cook, Jr.).  Nancy and Jay gave their parents five grandchildren and by last count, two great grand-children.

When he finished law school, Cook settled in York, Pennsylvania, where he joined his father in the family business called Bon Ton Foods.  In 1958, Cook took the reins from his father and built a successful business empire in the York area.  He founded C-P Flexible Packaging, and he co-founded Shultz Foods.  Cook retired in 1986 when he sold Bon Ton Foods to an investment arm of Merrill Lynch.  C-P Flexible Packaging continues to be a successful packaging company today.

“We could always count on Jack to come through for UVA and Chi Phi,” said Alpha Alumni Association President Owen Parry, Alpha 1965.  “Whether it was a chapter house renovation or a scholarship campaign, Jack was always there for us.  His bequest will leave a lasting legacy, and it will provide support for Chi Phi men at UVA for generations to come.  I think it’s a fitting tribute and an extraordinary gift from a man who felt so strongly about Chi Phi.”